The type of research used was pre-experiment with One Group Pretest-Posttest Design. In this study, using purposive sampling technique, namely 34 pregnant women.

Adherence is the level of patients carrying out the treatment and behavior suggested by their doctor or by others. Meanwhile, the compliance with taking blood-supplemented tablets is a behavior where pregnant women support the iron supplementation program carried out by the government to prevent anemia in pregnant women. 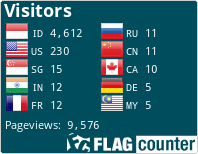